Founded in 1999, First Solar is unique among the world’s ten largest solar manufacturers for being the only US-headquartered company and for producing advanced thin film solar panels designed and developed in America. Founded in 1999, the company has invested $2.8 billion in its three-factory Ohio footprint and will invest an additional $1.2 billion in expanding its annual US manufacturing capacity to over 10 gigawatts (GW) by 2025. With a global footprint spanning the US, India, Malaysia, and Vietnam, First Solar expects to have a global manufacturing capacity of over 20 GW by 2025.

Over the past two decades, First Solar has committed itself to deliver a high quality, responsibly-produced American solar product to a global marketplace. The result of over $1.5 billion in cumulative R&D investment, First Solar’s thin film photovoltaic (PV) solar technology was developed and designed in Ohio and California and is uniquely American.

With a manufacturing process that has more in common with manufacturing flat screen televisions than it does with conventional solar panels, it takes just four-and-a-half hours to convert a sheet of glass into a fully functioning PV module, ready to convert the photons in sunlight into clean, reliable solar electricity.

What is more is that thanks to its unique manufacturing processes, First Solar’s thin film technology has the lowest environmental footprint of any PV module available today. 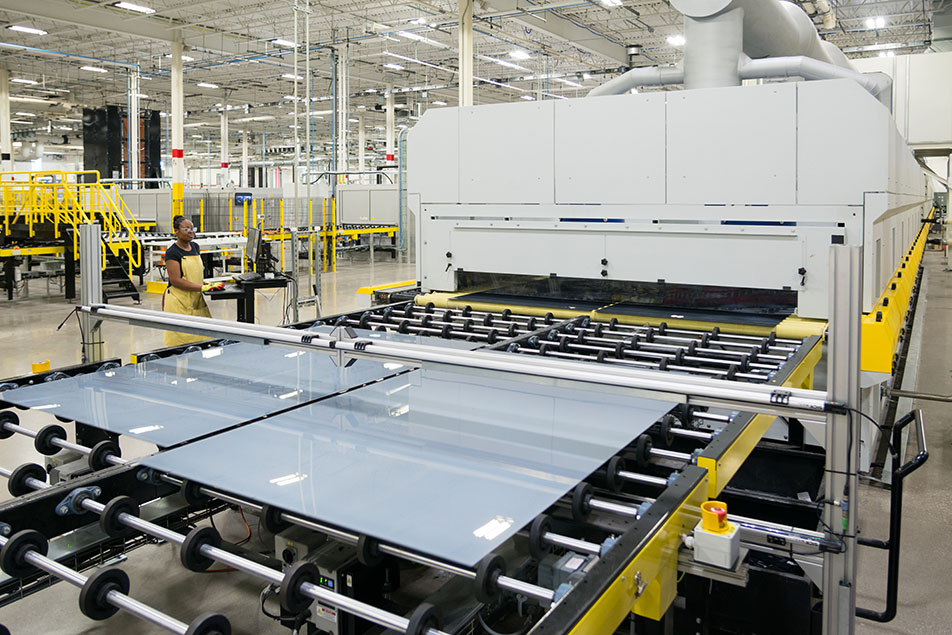 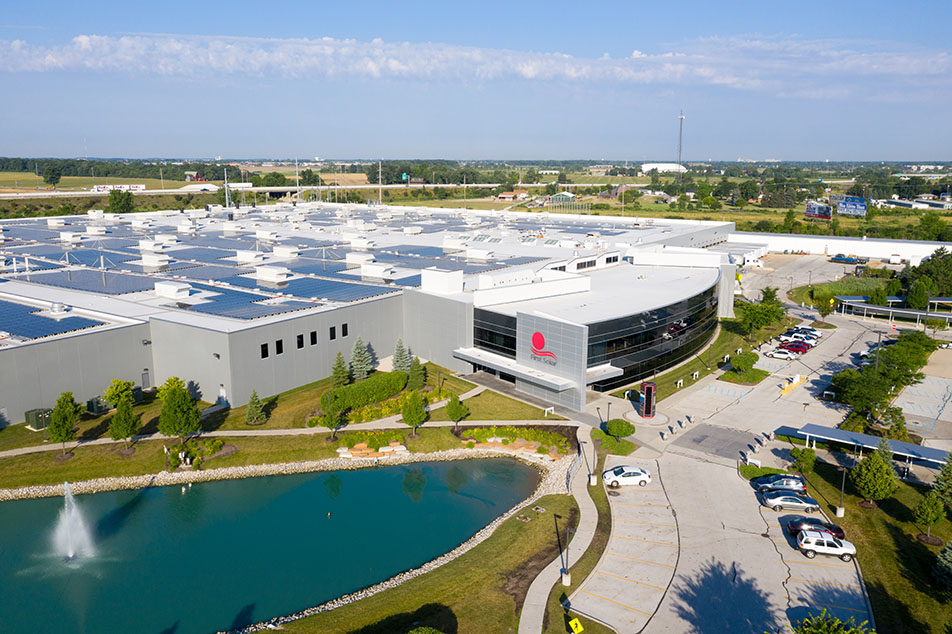 In 2019, First Solar became America’s and the Western Hemisphere’s largest solar module manufacturer. The company has two operating factories in Ohio, with a third expected to be commissioned in the state in the first half of 2023. Additionally, the company is investing $1.2 billion in expanding its Ohio footprint to over 7 GW by 2025 while building a new 3.5 GW factory, its fourth in the country, in the US Southeast, which is also expected to come online in 2025.

First Solar’s solar technology embodies sustainability and responsibility towards people and the planet. This is why the company has a long history of establishing benchmarks in recycling, responsible supply chain management, transparency, and the carbon and water footprint of its technology. 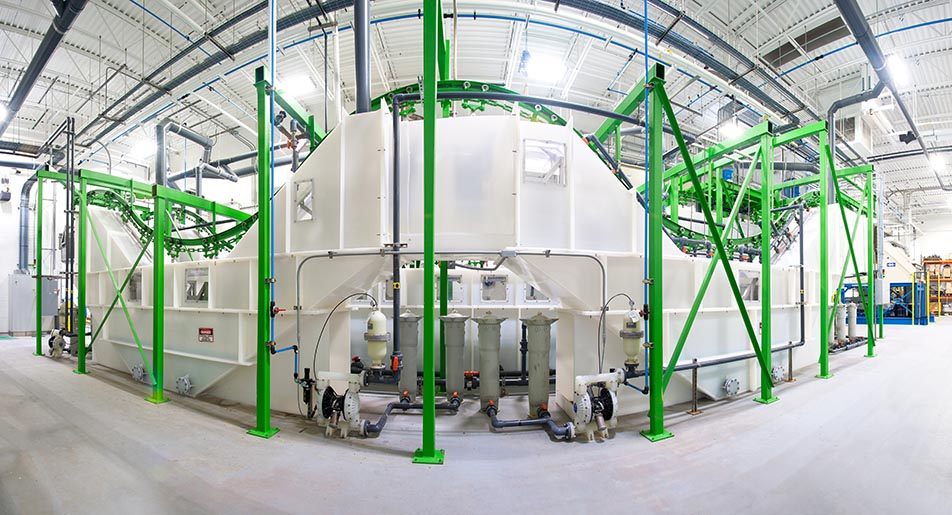 From America’s largest, most innovative companies to shepherds grazing their flock, large-scale solar is helping fuel American prosperity. Large-scale solar power plants help communities around the nation make the most of their day.

They also support the energy needs of data centers that form the backbone of social media networks and the cloud, which in turn directly create hi-tech jobs while enabling hi-tech opportunities.

First Solar by the Numbers

1Only US-headquartered company among the
10 largest solar manufacturers globally

$4 billionCumulative investment in
US manufacturing by 2025

>$1.5 billion Spent on research and development

$3.2 billionEstimated value added to the US economy from $1.2 billion in manufacturing investments*

*Assuming five workers added in the overall US economy for every one manufacturing job and economic impact multiplier of $2.68 per $1.00 spent on manufacturing Source: National Association of Manufacturers (NAM), using 2020 IMPLAN data.