Solar Energy and the Future of Desalination 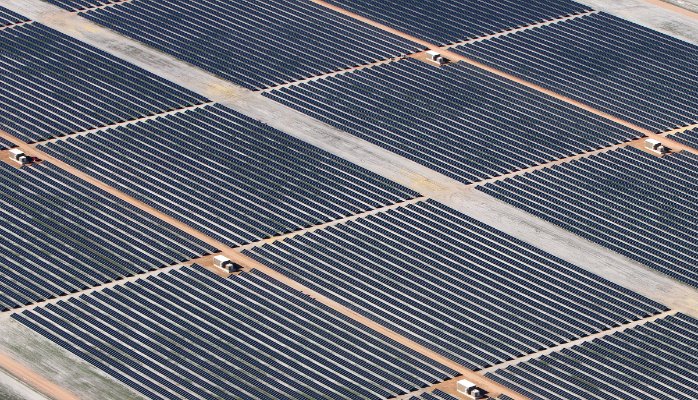 Consider this, 40% of the global population – approximately 2.8 billion people - is currently affected by water scarcity. In response to this challenge, desalination has become the most important source of water in a number of parched regions, particularly the Middle East and North Africa. In fact, the Middle East alone accounts for about 38 percent of global desalination capacity, with Saudi Arabia being the world’s largest producer of desalinated water.

Turning saline water into potable water may sound like a miracle of modern technology, and it is. However, the desalination process is also energy-intensive. It is estimated that the currently installed and operational desalination plants worldwide emit around 76 million tons of CO per year. And with the Organization for Economic Co-operation and Development (OECD), predicting that desalination is set to grow at a rate of 10% per year, and possibly higher, this thirst for energy is set to grow.

Significantly, as more energy is produced to power desalination, the sectors emissions are expected to grow to, at least, 218 million tons of CO per year in 2040, if no action is taken. In other words, simply relying on conventional energy sources for desalination cannot be a sustainable model, given the substantial economic and environmental costs involved. For example, Saudi Arabia consumes an estimated 3.3 million m3 of desalinated water per day, from plants powered using 1.5 million barrels of oil, per day.

In order to address this imminent problem and encourage the implementation of financial incentives to reduce the sector’s intensity, the Global Clean Water Desalination Alliance was announced during the 2015 Paris Climate Conference – COP21.

Spearheaded by Masdar - the Abu Dhabi Future Energy Company - and the International Desalination Association (IDA), the Alliance’s goal is to seek solutions that will substantially reduce the projected increase in CO emissions from the desalination process, as global demand for drinking water continues to grow. This is an important new development which recognizes that water, energy and climate change are inextricably linked and that mitigation strategies must address the water-energy nexus.

The Alliance’s action plan could see a decrease in emissions from 50 metric tons of CO up to as much as 270 metric tons of CO, per year by 2040. This will be achieved by supplying at least 10 percent of the annual energy demand of existing water desalination plants, with newly installed clean energy sources, including solar, by 2030. With its cost and operational efficiencies, we expect photovoltaic (PV) solar to shoulder the bulk of the desalination industry’s energy needs.

PV’s suitability comes down to a number of reasons: first, it has the lowest water consumption footprint in the energy generation process.

According to the International Energy Agency (IEA), energy production alone accounts for some 15 percent of the world’s total water withdrawal, which amounts to an estimated 580 billion cubic meters of freshwater per year. In fact, thermoelectric power plants already account for over a third of freshwater withdrawal in the United States, where the volume is even more than the water used for agriculture, and in Europe. We can all agree that it makes little sense to desalinate water only for a significant portion of it to be consumed for the production of energy to power the desalination plants.

Secondly, the world’s most water-scarce regions also have some of the highest irradiance levels. The abundance of sunlight, combined with aggressive technology improvements and cost reductions have made solar PV one of the most affordable generation sources in regions such as the Middle East.

In fact, the region is already establishing new benchmarks in cost, with the second phase of the Mohammed bin Rashid Al Maktoum Solar Park in Dubai set to generate solar electricity at a record-breaking tariff of $0.058 per kilowatt hour. When you consider that energy consumption can account for almost 30 percent of the cost of desalinated water, the availability of low-cost clean energy makes it hard to justify burning fossil fuels to generate electricity.

Finally, PV solar’s agility, modularity and scalability make it a speedily deployable energy resource. With multi-megawatt power plants being built in a matter of weeks and months, solar PV offers time-to-power that few generation technologies can compete with.

While the Greenough River facility stands out as an example, our hope is that solar-powered desalination will become ubiquitous. The Global Clean Water Desalination Alliance has set out to remove the CO from HO and PV solar is well placed to enable that ambition.

*This article was also published on the LinkedIn Pulse platform.