In 2015, First Solar saw not just expanded energy output, but also expanded community development efforts. From training women in India to successfully participate in the new regional economy to raising more than ever for U.S. charities, the company made an impact well beyond the solar plant.

In October, the second phase of the Camphill Village solar park was inaugurated. Camphill Village, a Public Benefit Organization (PBO) situated in the Western Cape of South Africa, provides care and employment opportunities for intellectually disabled adults. First Solar originally donated modules for a 20kW system, which is performing above expectations, through the Ray of Hope charity. The project is now expanding to 60kW in a second phase that will save the village 1200 Rand per month in total electricity costs.
Camphill Village is home to South Africa’s very first, grid-independent dairy.  The dairy will now use solar power to process 28,000 liters of organic milk into cheese, yoghurt and fresh milk for the retail market, generating over 200,000 Rand in income for the PBO each month.

In November, the First Solar India team launched its first community development initiative by teaming up with Oriental Skills, an organization accredited under the National Skills Development Corporation.  More than 150 women from the Dhawada and Ippaturu villages completed a 15 day course that taught tailoring, toy making and bag making skills.
The program was conducted near First Solar projects in the region. 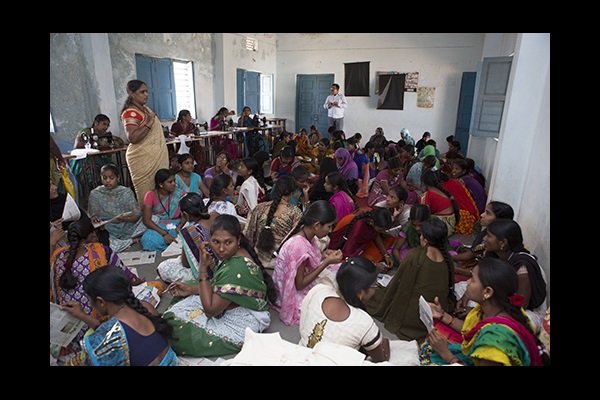 After completion of the course, each participant was provided with a sewing machine to help her potentially generate further direct or indirect employment opportunities in the nearby garment industry. The program reflects the shift from traditional agriculture-based livelihood to other more urbanized occupations, and was consistent with the Indian Government’s key program of Skill India, a mission under the Human Resources Development Ministry targeted toward making a larger section of the population employable.

Fund Raising in the United States

Members of First Solar Project Development teams in California and Nevada raised more than $64,000 for 19 charities in December of 2015. The donations were generated from a mix of contributions from First Solar partners and individual employee contributions. It was the largest annual amount raised to date.
Charities included: